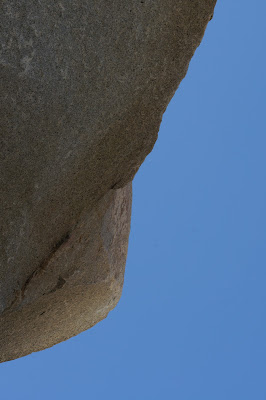 On Sunday, the big rock officially took its place in a work called Levitated Mass by Michael Heizer. It was the opening of the installation on the LACMA grounds with speeches and a red ribbon cutting. Politicians, philanthropists, curators, art lovers, rock watchers and rock followers were all in attendance and walked the trench that married the rock to become art.
I want to say this is the culmination of decades of work and waiting, but I hope it is just the beginning of a long history.
Don't worry, I have more pictures. 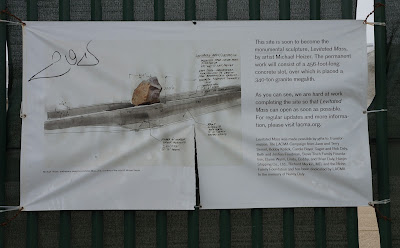