My milk has a longer shelf life than my job. 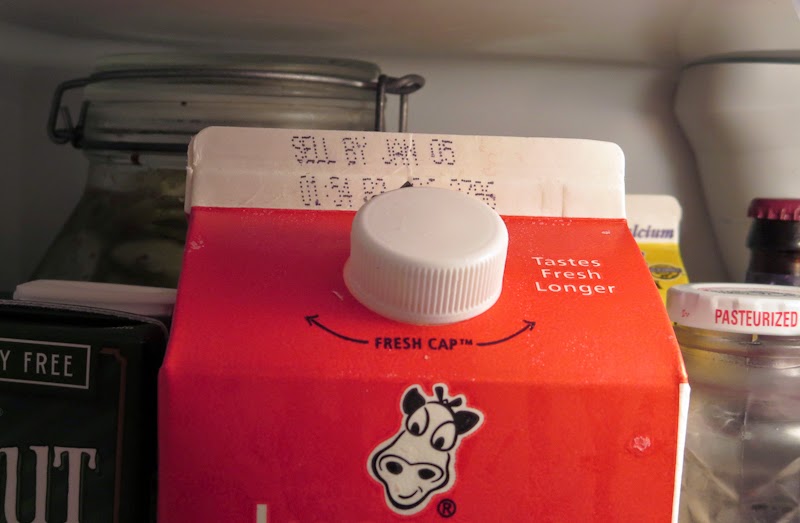 It's true!  The milk I bought today has a Jan 5 [2015] expiration date and that Monday will be my second day of non-employment. Because January 1 is a holiday and at least some folks, including the good people at my current employer, will go back to work on January 2.

I am not sure how to describe my employment status.  Semi-retirement...career hiatus...it's definitely time-off.  I am eager to go to bed and drift off thinking of photography in the Red Desert instead of budgeting on Bunker Hill.
Posted by Joan at 10:17 PM No comments: 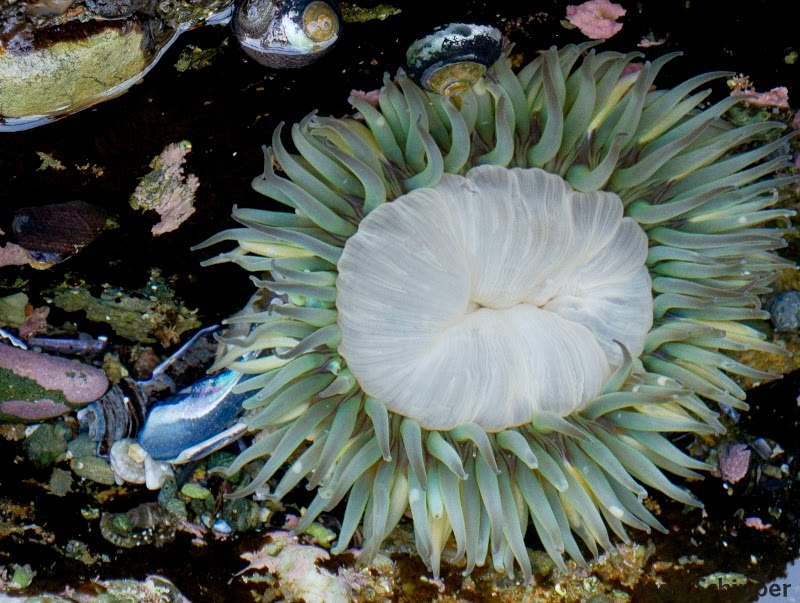 On the shortest day of the year, you have to make the most of your time. A tidepool trip is a great way to spend the afternoon.
Find a few more photos in this album
Posted by Joan at 8:09 AM No comments: 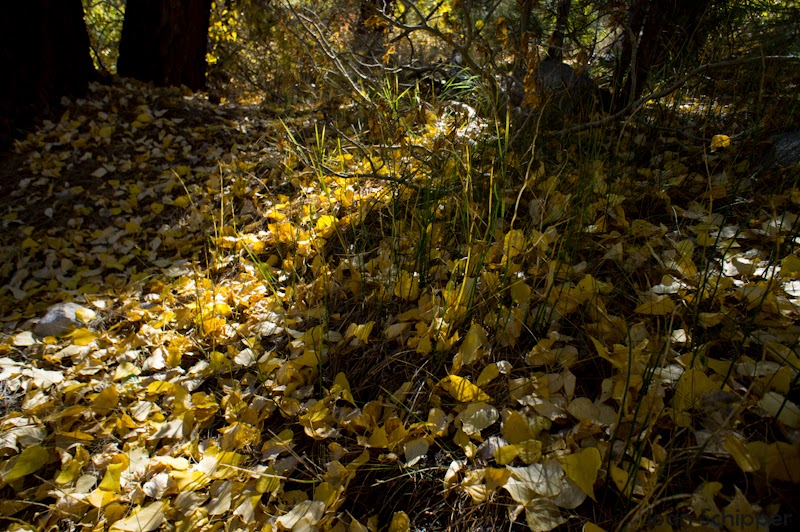 On the banks of Big Pine Creek near Big Trees Campground. 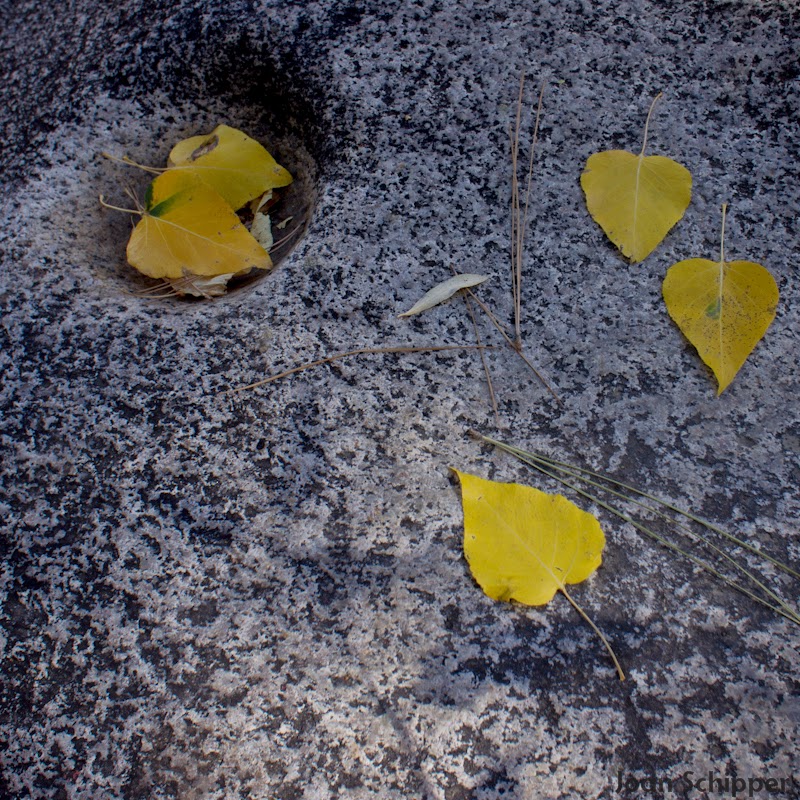 Nearby, on the edge of the creek. This would be a nice place to work on a hot day if you had a basket full of grain that needed grinding. You could dips your hands and feet in the icy cold water.
Posted by Joan at 12:38 AM No comments: 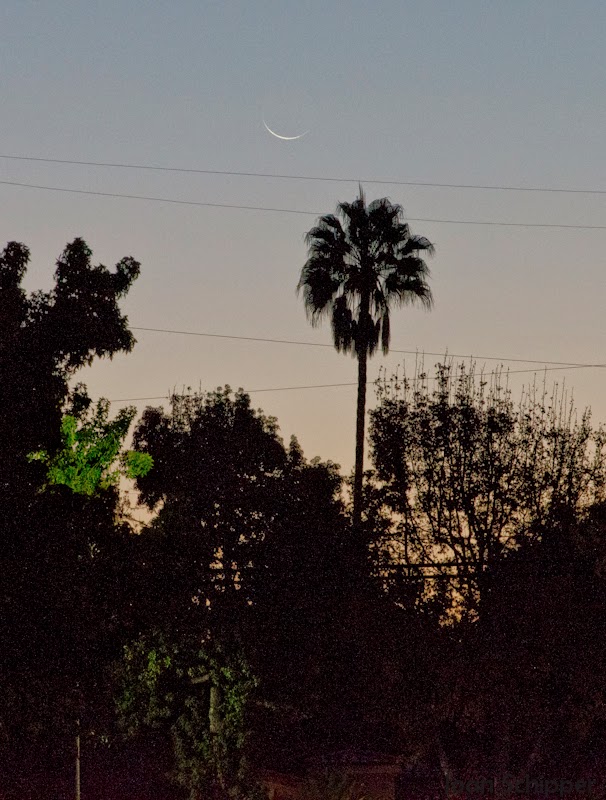 This wisp of a moon met Janet and me on our walk this morning.
Posted by Joan at 7:33 AM No comments:

Out There - Bishop Volcanic Tablelands

This weekend I joined a group of photographers on an outing in the Bishop Volcanic Tablelands, where longtime Camera Committee member Allan Der guided us to several sites of ancient rock art. These sites are under the management and protection of the Bureau of Land Management. They are very delicate and represent a slice of our human story that scientists, historians, and lay-visitors alike can speculate over. The scholars may have more data to work with than we do, but just being there makes a visitor imagine life in the rock-art age.

What were the motivations and messages of the ancient ones?

These photos represent just a few examples of the imagery found in the BVT. Click to enlarge any image, but especially this wide shot.  It's a bit of detail from a long wall full of petroglyths.

This figure is found on the same wall, but it is several yards away. It probably represents a shaman or other important persona, but our group thinks it looks like a girl.  Sorry to trivialize this surely important image, but ancient Girl-POWER! 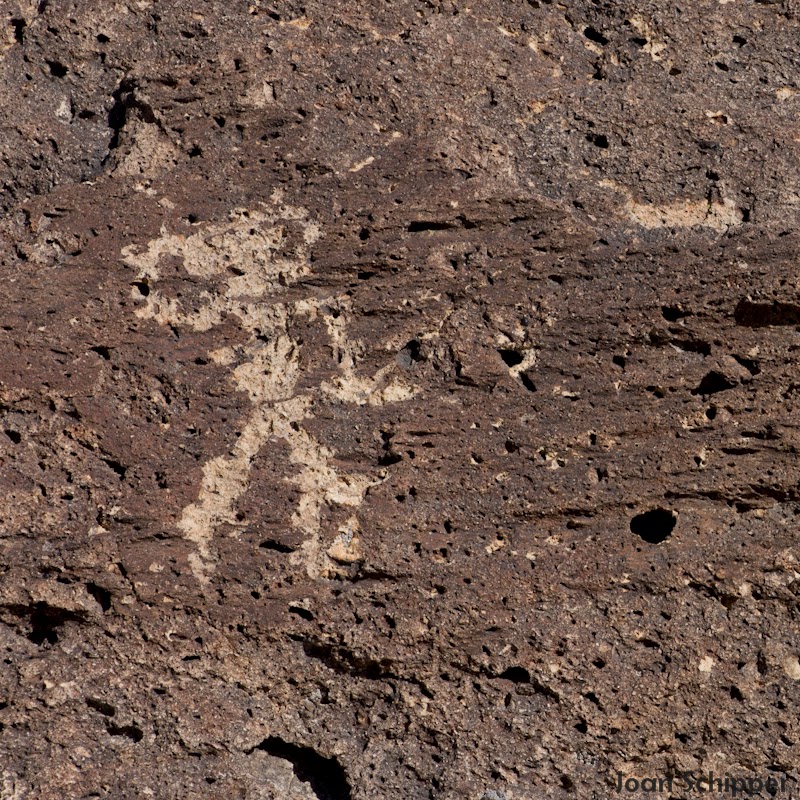 The "curling" rock formations below are unusual even for this striking volcanic landscape.
I hope I find more, better photos in my camera.  Pulling good photos out of these files will be a Lightroom challenge - a spur to motivate my skill-enhancement.

I am working on the budget here and thinking about 1,000,000,000,000 other things I'd rather be doing. So I took a moment to look at pictures on my computer here in the office.

That was a beautiful sky above Panamint Valley, January 1, 2013.
Okay now. Back to my last budget.
Posted by Joan at 2:41 PM No comments: 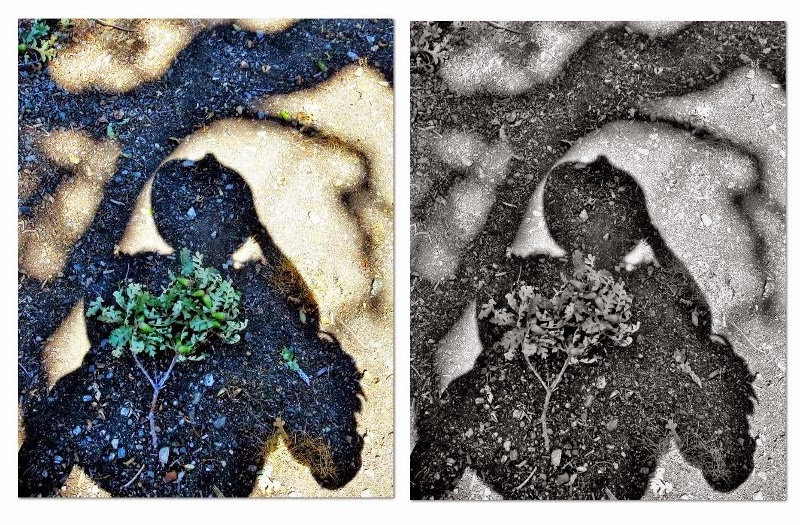 The heat of an August Sunday in Hungry Valley Oak Woodland Preserve, half a mile walk from the Hungry Valley State Vehicle Recreation Area.
Posted by Joan at 7:50 AM No comments:

On the wall in my back porch 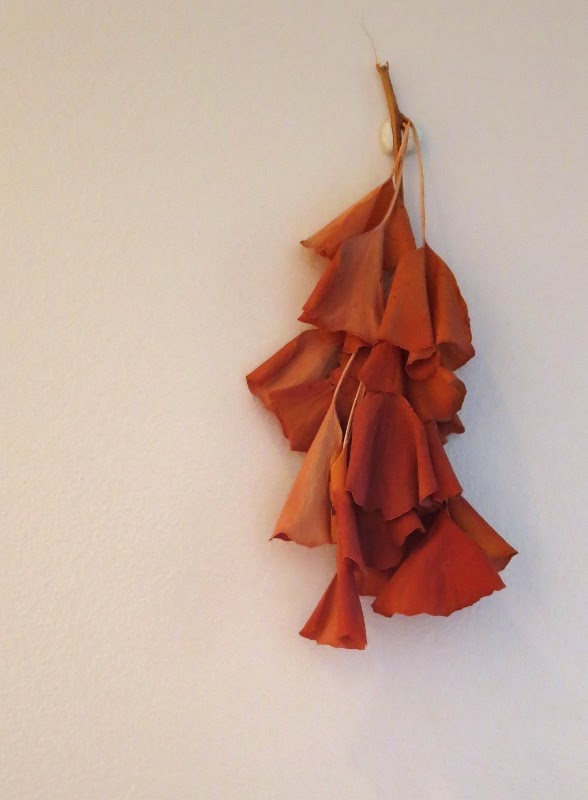 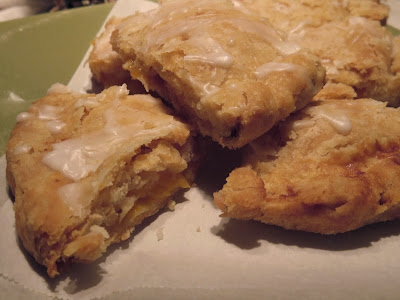 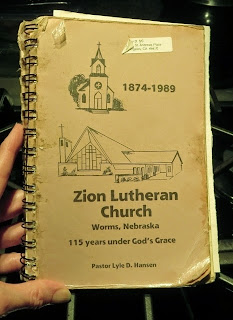 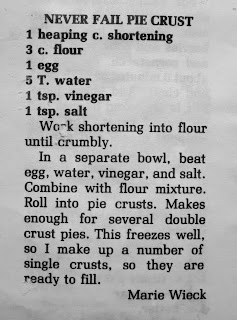 To all my Jones cousins - have fun at the family reunion next week! Wish I could be with you. Maybe next time!
Posted by Joan at 11:35 PM No comments: 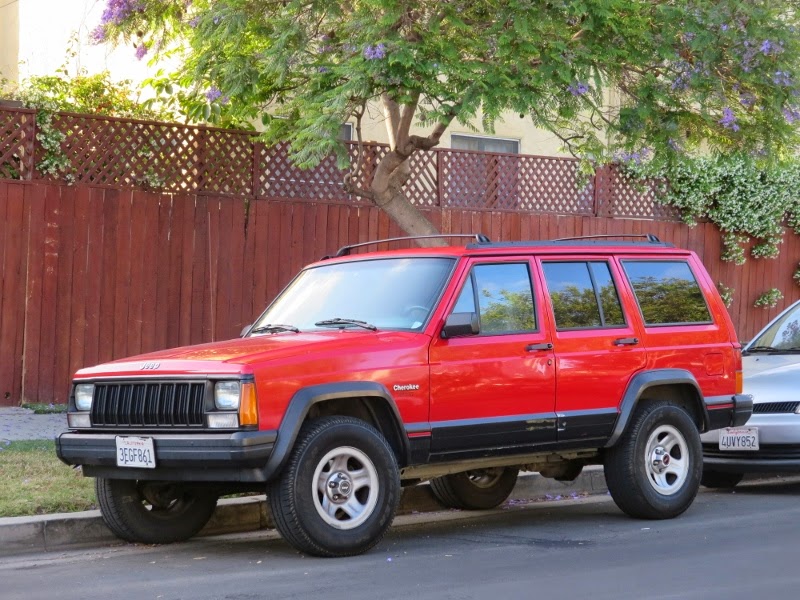 I was sorta hoping to get a quarter of a million miles on the red Jeep before I replaced it.
When it became clear that I needed a more reliable car, I thought I'd reach that milestone before I found a vehicle I wanted to drive.

Well, about a month ago, the Jeep was towed out of Death Valley National Park for the second time (thanks to good Samaritans Steve and Sally of Dixon, Montana for getting us safely to Bishop) and I had to be an adult. I put aside my prejudices and got a modern car.

Then the heartbreak came: out-placement.

Today, the red Jeep went home with a new owner. He said he'd take care of it and I have to believe him.  He said he needed a town car, so I think it's a good match.  I hope he gets to a quarter of a million miles and many, many more.

Feeling compelled to post so you won't worry that I've been hit by a bus. Here are some pictures and a few words... 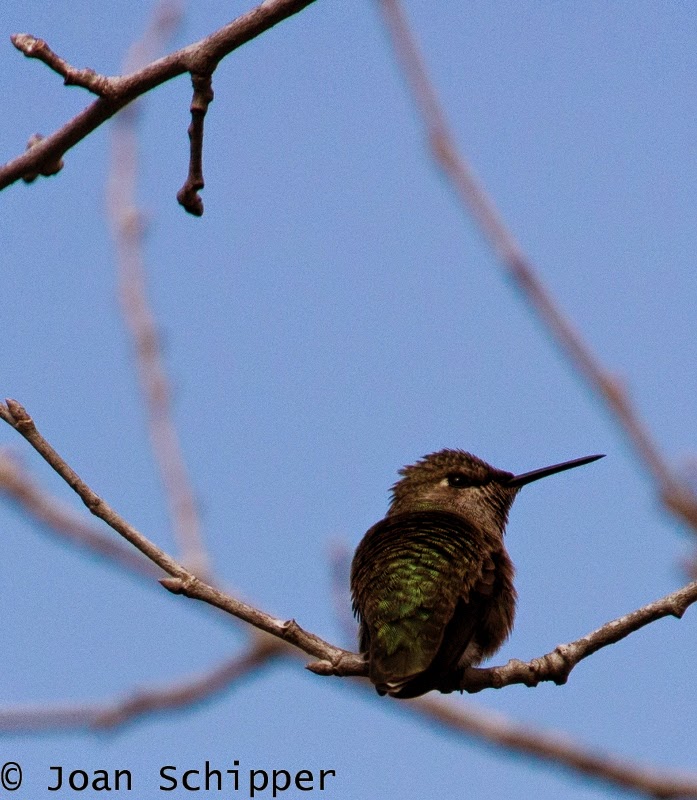 On Sunday, my friend Allan led a CamCo workshop on photographing hummingbirds in the Huntington Beach Central Park. I facilitated and soaked up as much instruction as I could from Allan and the other participants. 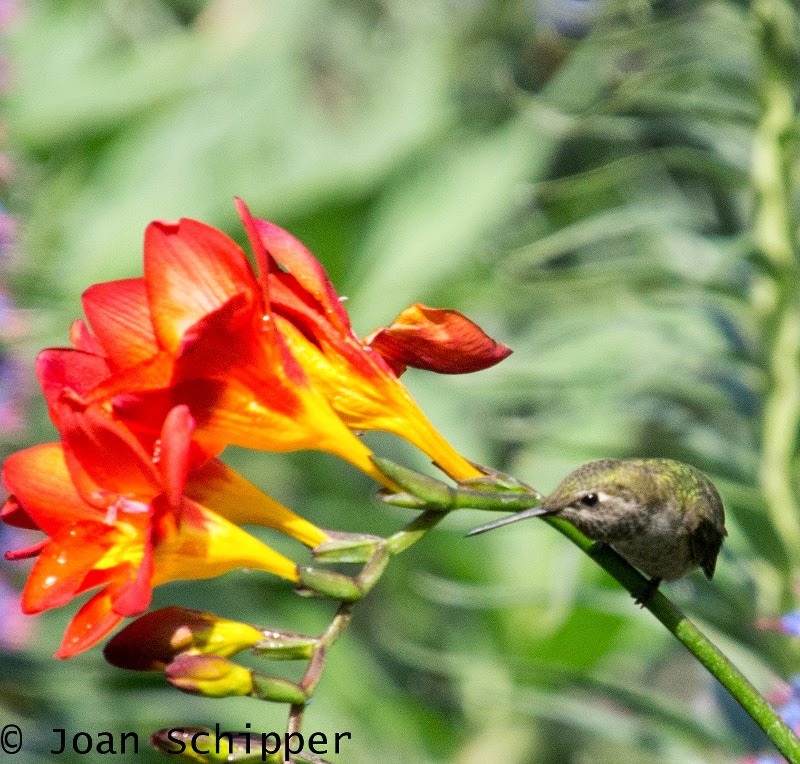 I feel like I am picking up some skill and moving in the right direction. My hummers are not out-of-focus fuzzy so much of the time.  They are definitely sharper when perched, of course! 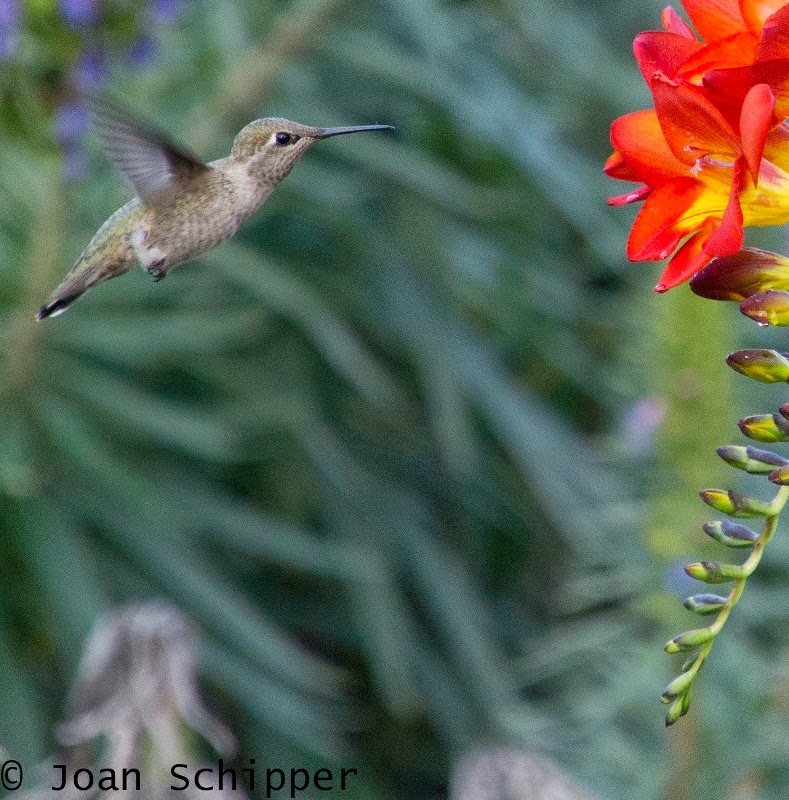 Between improved facility with my equipment and more patience, I'm getting more, better (but not spectacular) shots. I may have to leave spectacular to the big lenses and the infinitely patient. 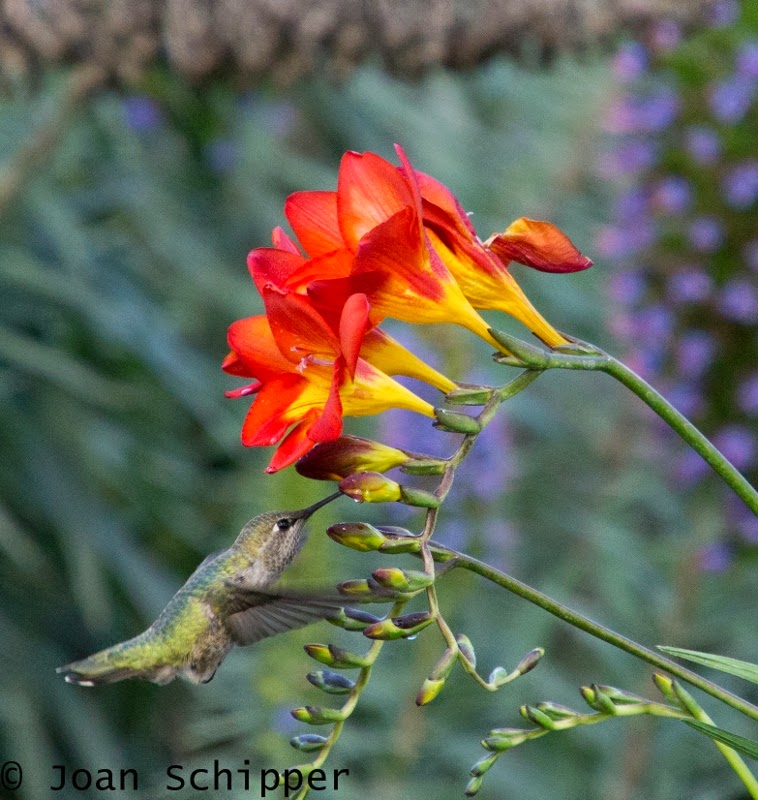 You can see the photos posted by our participants in this Meetup gallery
Posted by Joan at 8:40 AM No comments:

No picture again but since I have time to spare, I thought I'd make a quick post. Janet and I are waiting for time to go to the airport at the end of a lovely (if rainy) weekend in San Francisco.
I worked on Friday and Saturday but after that we had dinner at Hayes Street Grill with friends and enjoyed a Henry Butler show at SF Jazz.  What a wonderful venue that is and perfect for Henry's easy-going style. He looked great sitting on stage in the Joe Henderson Lab with street life in full swing behind him and along the right wall of the auditorium. He showed up in a silvery, shiny jacket and then out-shone it with his killer piano and engaging vocals. He is a real trooper at 80 years old!  He greeted fans and signed CDs between sets. We hung out after our show and hoped to get into the next one but no luck.
This morning Janet and I rode the N Judah Muni line to the end and got a view of the Pacific beyond ice-plant covered dunes. It was what I expect English beaches look like: gray and breezy and damp.
After breakfast at the Beachside Coffee Bar & Kitchen, we walked up to Murphy's Windmill in Golden Gate Park and meandered back through the park to 9th Street. Saw several soggy bison and lots of runners. There were flowers blooming and more promising to break out in bloom at the first hint of sunshine. We only got about halfway through the park, bailing out to catch the Muni for the return to our hotel in time for our late check-out.
Now, with our flight delayed two and a half hours to spare, we are cooling our heels in the lobby and weighing the advantages of a cab v BART to SFO.

Great weekend!
Posted by Joan at 2:27 PM No comments:

Pete Seeger wrote so many of the songs that were just in the air in my youth. Like, did someone have to write "On top of Old Smoky" and "Where have all the flowers gone"?  I can't imagine a life without them.
In his Wall Street Journal obituary, Stephen Miller noted Pete Seeger "attended Harvard on scholarship, but dropped out to join an itinerant puppet troupe with leftist leanings." That's a career path to be emulated, right?

We are all richer having lived in a world that included Pete Seeger.
Posted by Joan at 7:30 PM No comments:

Just getting some images out there for my pals to see. I've been carrying these around on a flash drive and that it not a good sharing device.

Peter, John B, and I ventured to Eureka Dunes early in January to scout it as a location for a Camera Committee outing.  I think it has potential as a Shoot the Moon location.

﻿ How about those watermarks?  Too obnoxious? ﻿
Posted by Joan at 9:54 PM No comments: