I just wanted to demonstrate that I can produce a well-exposed and properly-focused image of the moon. This is one is severely cropped from a file made with my Sony Nex 5N and 18-200mm f3.5/6.3 lens
Posted by Joan at 11:05 PM No comments:

Santa Monica Moon and Ferris Wheel - but not together 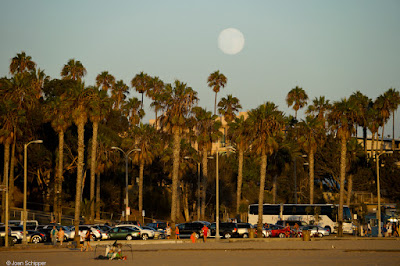 The moon rose over the palms and beach go-ers carried on. I have several of these palmy shots on a balmy night because it was fun to watch the moon's progress while the population below shifted around. I didn't make enough for a time lapse, so only two went into my gallery - the first one and the one with the iPhone man.
I need to work on moon exposure. Ansel Adams nailed it in Moonrise over Hernandez on the run and without a meter because he remembered that the moon's luminance is 250 cd/ft.  Sadly, that did not help me.

When the moon was high, I turned around to look at the pier and was surprised to see people still playing in the waves and basking in the moonlight. There is a small collection of colorful Ferris wheel snapshots in the gallery, too. 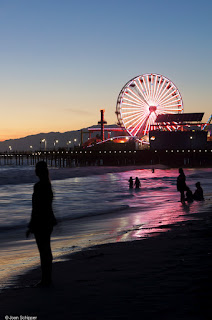 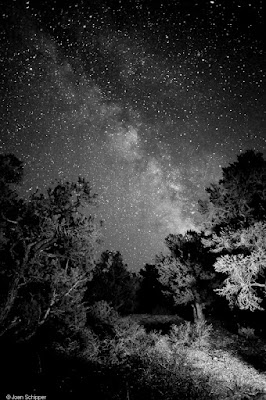 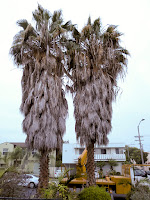 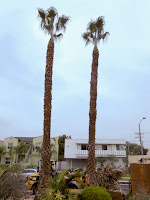 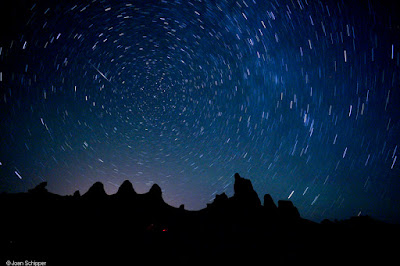 A few of us went to Trona Pinnacles for the peak of the Perseid Meteor Shower after Allan sent a link to a PhotoPills page with details about the event. We had minimal camp equipment, plenty of water, numerous cameras (one with a new ultra-wide lens) and tripods, one smart phone, a couple of compasses, high hopes.

What a night!  I could barely close my eyes to nap.

With reasonably dark skies and the new moon rising on Thursday, at an elevation of about 1,800 to 1,900 feet, we had a great view of the broad heavens and saw lots of meteors streaking past us.
I made a lot of still images in the 13 to 20 second exposure range and caught about five meteors.  When I set up for a 12 minute star trails exposure at about 1:15am I caught one. Obviously, I was not looking in the right direction.

Allan set-up a time lapse camera and captured LOTS of meteors. His lens was open 15 of every 20 seconds. You can watch it on YouTube.  Be sure to go full screen to see all the meteors.

In the meantime, you can browse my little gallery of Trona photos. I was looking for "available" light (car headlights passing by, walkers with flashlights, the occasional flash from some distant photographer). I may not have captured meteors in pixels but I have many indelibly recorded in my brain and I had a marvelous night under the stars.

Next year, I'll be better prepared for the long meteor-catching exposure and choose my composition more carefully!  I'll also have a walking around camera and tripod to snag the opportune moment before a pinnacle.

Midnight in the Bristlecones with the CamCo

How can a photo go wrong when the subject is as grand as this ancient bristlecone pine?
Well actually, judging from my out-takes there are plenty of ways. I don't want to talk about those...

Converging on this point along the Schulman Grove Discovery Trail with nine other photographers is not the best way to shoot in such close confines as a mountain trail on a moonless night. I usually think of Camera Committee outings as scouting expeditions, but this evening, the nine photographers included creative lights like Peter V and Clive and resourceful fellows like Peter M and Jeff, so the chances were good and the results were excellent!

I hope you'll look at the additional images in my Bristlecones gallery.  I expect to return to that set in the coming weeks to add more images.